The Beginning of Argo

Formed in the summer of 1976 by Jo Marquart, Nick Jordan and John Peterson.

The name Anglia Cars had been originally chosen in the hope of securing local sponsorship in East Anglia, where the company was situated. The cars were named Argo (reference to the swift, adventurous ship of Jason and the Argonauts in Greek mythology) but having two separate names became somewhat confusing as the company progressed. Therefore it was later officially renamed Argo Cars Ltd. 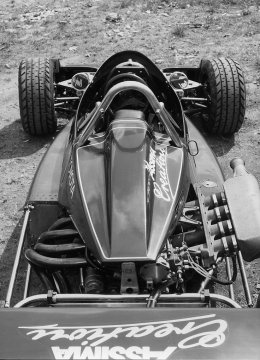 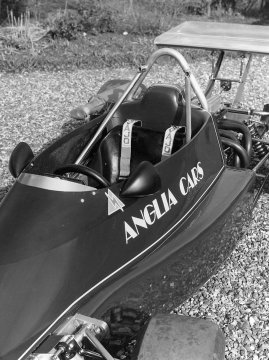 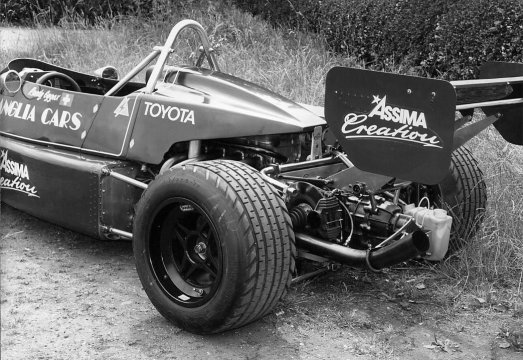 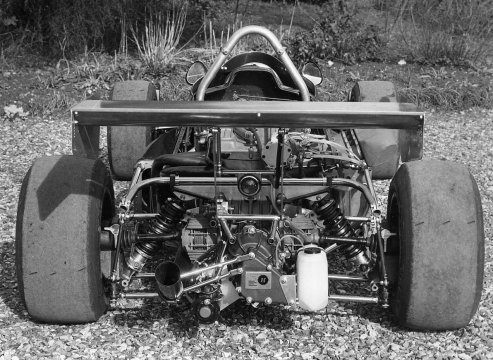 The JM1 was a conventional design

Jo and Nick did not waste much time in planning their new venture. (Jo had started his next design two days after the demise of Modus). Nick and Jo had, in many ways, the ideal working relationship. Both were workaholics and totally dedicated to their chosen roles. Jo, volatile and a perfectionist with innovative ideas had by this time, much experience in race car design. Nick, a more placid character, was a superb race mechanic/engineer, who got on well with drivers and those in the workshop.. He had been mechanic to Mo Harness, Roger Williamson and Tony Brise in the past. Due to the dedication of them both and the Team, Argo cars have left a legacy of being built to the highest quality and very many of them are still in existence, and racing, to this day.

They were also fortunate in taking with them from Modus days the precise workmanship of Don Pye. Don had great expertise in engine tuning and later on the Argo company carried out engine rebuilds and tuning within their own engine shop. John Peterson joined them as Sales Director. John had been involved as F3 team manager at Modus. An American who had raced himself, he joined Anglia Cars with enthusiasm to match the others and plenty of experience and connections in the racing world. He had raced F3 cars in Europe in the early 1960's and was a founding-partner in Novamotor in UK.

Their first project was to design a Formula 3 car. Starting in a 'hut' in a cabbage field in the heart of the Norfolk countryside (Saham Toney), and with Jo designing from his home, they began on their venture with little finance but much energy and enthusiasm. Both their wives were involved in the business from the start and, indeed, through the following 18 years of the company's life.

Fortunately, thanks to Lotus in particular, there were plenty of small specialist companies in the area to turn to as suppliers. As well as good connections to the rest of the country with the A11 and Norwich Airport. Also Snetterton was close at hand. In a short while larger premises were found in Griston. Not the ex-GRD premises, as sometimes reported, but an empty factory which had been making sofas. The potential could be seen and it was quickly converted into a place to build racing cars. Much later on, Jo was to design and have built the impressive premises which stand there today.

On February 27th 1977 Argo JM1-001 was completed. Unsurprisingly, it was an evolution of the Modus design. The Argo was a refined version with less bodywork and proved its quality in that its specification was unchanged (apart from the inclusion of an engine cover and a revised rear wing) from the first to the final race of the season.

The Swiss driver, Ruedi Gygax, had hired cars penned by Jo before and decided to put his money down for a European season. His racing year proved his faith in the fledgling company was justified.